Funeral Flower Meanings: Why We Have Flowers at Funerals 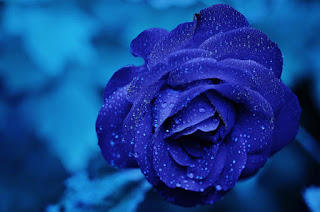 Flowers are sentimental tokens all over the world. They represent sympathy, love, and respect. Using flowers goes back to ancient times and is noted in the Guinness Book of World Records as the world's oldest human ritual.

But why are some flowers popular for weddings while others are primarily used during funerals? Funeral flowers have specific meanings behind them, which is why they are reserved for the sad moments in a person's life. Many funeral flowers symbolize everlasting love, purity, and innocence.
Which flowers are appropriate for funerals, and why? Let's explore funeral flower meanings and their history.


A History of Funeral Flowers

Funeral flowers date back to ancient times. In 1951, researchers discovered burial sites in Northern Iraq that used flowers. The sites are believed to date back to 62,000 B.C.

For the ancient Egyptians, the lotus was seen as a sacred flower. They believed it represented resurrection as a lotus can regrow from water. The Egyptians often incorporated the lotus flower in funerals in hopes the deceased soul would be reborn.

In Russia, funeral attendees must give flowers in even numbers. The belief stems from the tradition of giving two flowers during military funerals. One flower was for the fallen soldier, while the other flower was for God.

According to written records, people first started using flowers at funerals to mask the scent of a decaying body. In these early times, funeral flowers were primarily chosen based on their strong fragrances.

As the art of embalming came into play, flowers moved from being a necessity to representing sympathy and respect for the departed soul.

In the mid-west, funerals included "flower ladies." This group, usually consisting of about six women, would carry flowers from the funeral home to the flower vehicle. The ladies would then be responsible for arranging the flowers at the cemetery.

Certain flower types are more popular at funerals due to their symbolic meanings. Lilies, roses, and carnations top the charts for most popular funeral flowers. Let's explore the different funeral flowers and what each one represents.

Lilies are the most popular flowers for funerals. They represent restored innocence in a soul after a person has died. White lilies symbolize purity and sympathy.

Peruvian lilies represent friendship, while pink stargazer lilies signify prosperity. In addition to funerals, lilies are also the second wedding anniversary flower because of their connection with devotion.

Carnations come in a variety of colors, each of which is popular for funerals. Their strong and long-lasting fragrance originally made carnations a top pick for funerals, but their symbolic meanings are why they continue to be a top flower choice for funerals.

Gladioli plants are tall and contain multiple flowers. They can stand as high as four feet tall. For funerals, a gladioli plant is typically arranged in a fan spray for an elegant and classic appearance.
Gladioli symbolize sincerity and moral integrity. They embody a strong character. These flowers are popular for funerals to represent the loss of a strong-willed human with a respectable character.

While roses may be the most popular flower bought on Valentine's Day, they are also a top pick for funerals. During a funeral, a red rose symbolizes true love and grieving. Red roses also are a sign of courage and often used during military funerals.

For Europeans and Americans, mums represent mourning and grief, making them a popular funeral flower. White chrysanthemums may sometimes be associated with positivity and truthfulness. They are commonly used in floral wreaths at a funeral service.

In Asia, however, chrysanthemums symbolize rebirth. Instead of funerals, Asians commonly give chrysanthemums at baby showers to represent a healthy future for the new child. In Chinese, chrysanthemum means "long time" and is a sign for long life.

An orchid plant means "I will always love you." During a funeral, an orchid plant symbolizes everlasting love for the deceased soul. Orchids are known to withstand rough temperatures and live a long life, which is why they are commonly associated with funerals. White or pink orchids are most popular with funerals as they represent condolences and sympathy.

Spring tulips and daffodils symbolize renewal. They are often used in funerals to represent positivity and a fresh start. These cheerful flowers are excellent sympathy gifts for grieving loved ones.


Choose the Best Floral Arrangement for a Funeral

While we no longer have to rely on flowers to hide the scent of a dead body, they are still widely used throughout the world to pay respects to those who have passed on. Now that you know all about funeral flower meanings, you can create the perfect funeral arrangement or floral gift for a deceased loved one.

If you're looking for sympathy and funeral flowers, you've come to the right place. Browse our selection of funeral bouquets to find the perfect arrangement for your dearly departed. From blessings to long-stem white roses, we have a variety of funeral floral designs to choose from.